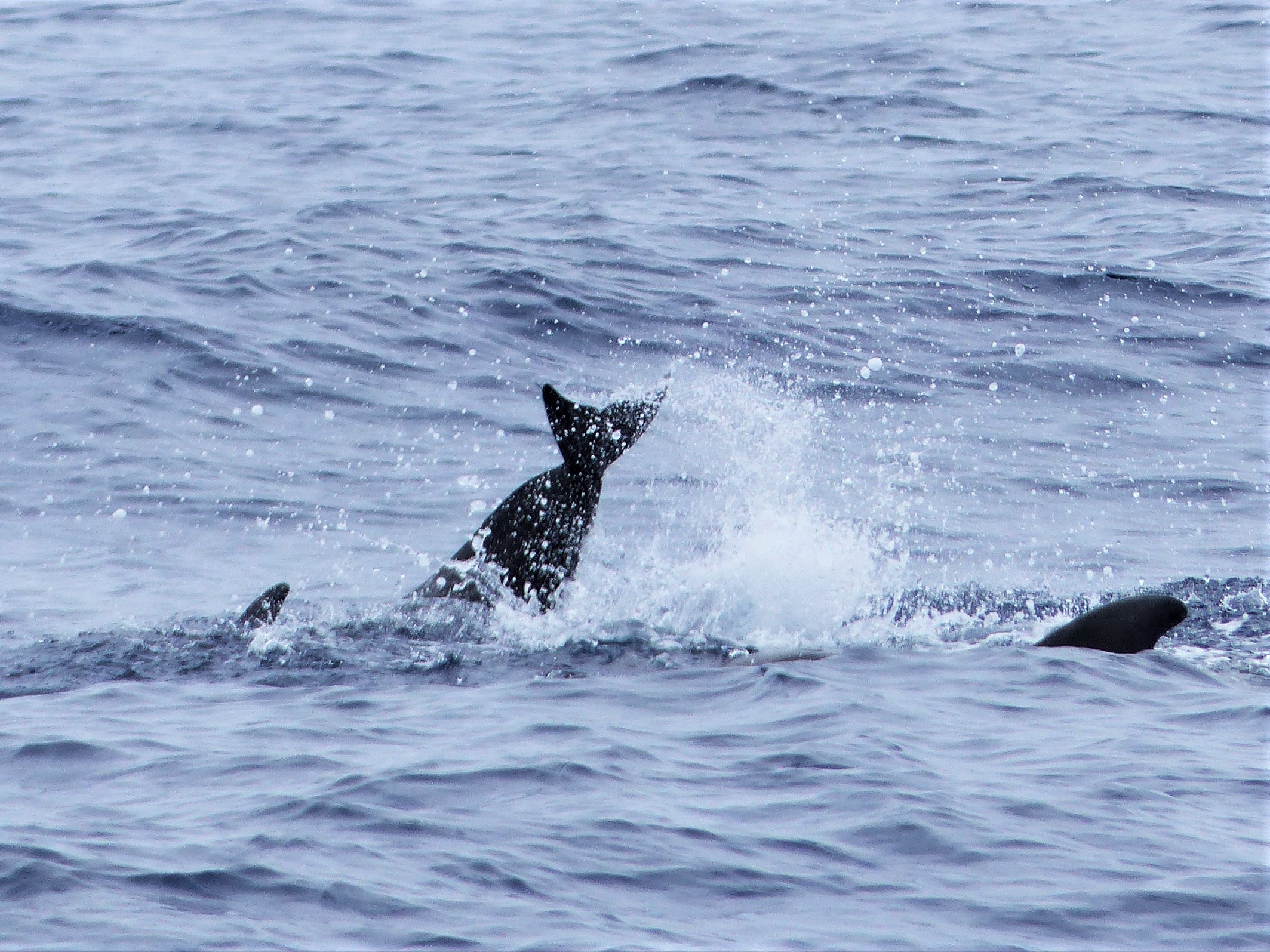 You can see different type of cetaceans, birds and turtles in the coast of Los Gigantes. In this post I am going to talk about the most regularly seen cetaceans when we are out at sea. Although on our daily trips we are sometimes lucky and see many more.

The bottlenose dolphin (Tursiops truncatus) is normally always found around Los Gigantes. In the south of the island there are two populations, one locally resident all year round and the other nomad and normally sighted during spring. They are normally found near the coast and sometimes together with other species like short fin pilot whales.

The bottlenose dolphin is 3 metres longs and the females around 2,5 metres and can reach a weight of 150 to 500 kilos. They can live up to 30 years and are mature at around 11 or 12 years old. The mating season is from spring to the begging of the winter and they have offspring each 2 to 3 years. The pregnancy is 12 months long and the offspring at birth are around one metre long.

The groups sighted are small, 7 to 10, but sometimes we are lucky and see them in greater numbers. They reach depths of 300 metres and can stay underwater for 20 minutes.

They have a varied diet, they eat all type of fish and even cephalopods. They are opportunists and change their diet according to the abundance of prey.

Here we are very lucky to have them all year and we have sightings nearly every day out, in summer we can see them easier because they are closer to Los Gigantes and the sea conditions are better.

Another iconic species from the south of Tenerife is the short fin pilot whale (Globicephala macrorhynchus), found in large numbers along the south coast of the island.

Normally seen in small groups of 10 specimen but sometimes we can see them in much larger numbers. Depending on the sea conditions and the tides, the best time to see them is in the morning. They are floating calm on the surface and during the day they start to get more active.

The short fin pilot whales feed mostly on cephalopods and fish at depth. They dive between 500 and 1000 metres and stay down for around 15 minutes. They are called the cheetahs of the depths because they hunt very actively and at high speeds.

In the next blogs we will talk about other species we don’t see every day but we see with relative frequency.

Good luck on your trip!!

0 comments on “Whale Watching in Los Gigantes Tenerife, what can we see?”